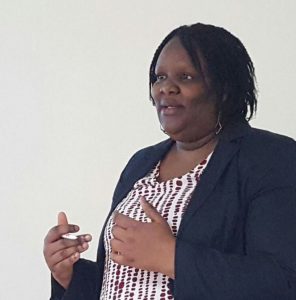 Autism expert and president of the Participatory Autism Research Collective (PARC) Dr Damian Milton lauds Autism Voice UK for organising the Autism in Black Asian and Minority Ethnic community symposium in April this year. Milton said the sympoium was a great initiative by Autism Voice UK. “The event went well and was very happy to help where I could. I do think this partnership is an important one to build upon – and I think we should do more events in future,” he added.

The one-day symposium was organised in partnership with the London Southbank University (LSBU) and PARC on Tuesday 24th April with the topic Autism in Black Asian and Minority Ethnic (BAME) community and themes: Diverse approaches to Autism: culture, religion and ethnicity and Paving the future for Autism in BAME.

The goal of the symposium was to create a better understanding of the cultural, religious and ethnic influence on the way autism is approached, perceived and embraced by the BAME community and how to link it with the gaps and challenges in establishing and strengthening an effective communication strategy to the community.

“The purpose of the symposium was to also have frank and open discussions on the objective and themes with a view to formulating a concrete action plan”, says Co-founder and chief executive officer Mariama Korrca Kandeh

“The discussion also focused on the identification and development of a sustainable plan towards the acceptance and recognition of people with Autism and other related disorders and their families within the community especially in religious settings,” she said.

After series of deliberations between the three organisations, it was agreed that the topic and two themes were timely in addressing new and emerging autism challenges within the BAME community.

Head of Research, Higher Degrees and Student Experience, Division of Education at LSBU Professor Nicola Martin lauded the efforts of Autism Voice UK in working to organise the symposium. She described the outcomes of the event as excellent.  She encouraged autism stakeholders to collaborate to end autism-related stigma in BAME.

Keynote Speaker Dr Chris Papadopoulos thanked Autism Voice UK for organising the event which he described as ‘impressive and important’.

Autism Voice UK works with people (children/adults) with the Autism Spectrum Condition and their families in different communities in London. Their goal is to end the stigma and discrimination of people and families affected by autism in the different cultural communities within the UK.